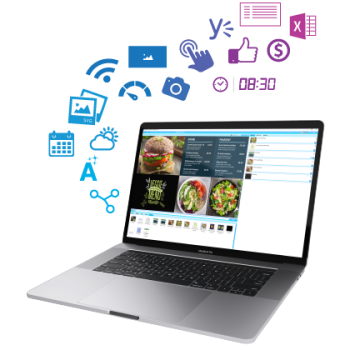 Elementi is a commercial software application from SpinetiX that simplifies the creation of digital signage content and its deployment on SpinetiX Hyper Media Players, allowing you to achieve professional results quicker than ever.

Elementi lets you create high impact projects - including video walls, interactive kiosks and live streaming video - and deliver visually rich experience to virtually any combination of screens across all your networks. You are always a click away from previewing your digital signage project in full screen and from publishing it directly on all your HMPs.

Elementi comes in 20 languages and with 250+ professional and secure widgets that automatically bring data from your everyday tools to the screen, drastically reducing content production costs.

Elementi supports all HMP models, from the first HMP100 to the latestes HMP400. It also works in parallel with the built-in web interface of HMP300 and HMP350. This enables you to seamlessly delegate content creation between external agencies and your own creative team. You can quickly add and authorize user roles on the web interface allowing your team to schedule content prepared externally in Elementi, as well as to quickly design and add their own content, using nothing but the interface.

The major features of Elementi are summarized below and more and more features are added with every new version release. Furthermore, each Elementi version comes in three different editions (Elementi S, Elementi M, and Elementi X), each offering features specially tailored for different groups of users.

Get started with Elementi 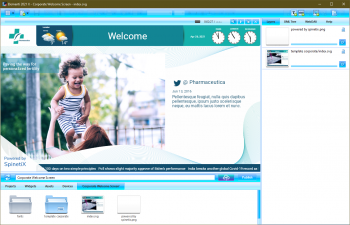 Elementi software comes in three user editions: Elementi S, Elementi M, and Elementi X, each being specialized for a certain type of usage (single site, multi site, custom), and with an increasing set of features comparing to the starter edition - for more details, see the comparison of the three Elementi user editions on the SpinetiX site. 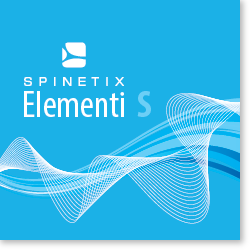 Tip:
Elementi S can be evaluated for 30 days as a free trial ! 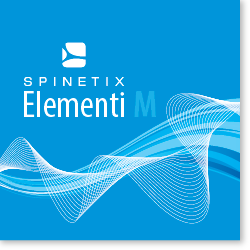 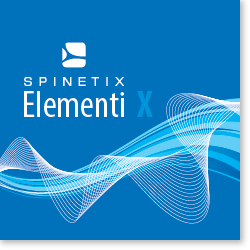 The Elementi Update Plan allows you to activate every new version as soon as it is released. It champions 4 important benefits: always-up-to-date software, maximum security with the latest security patches, best in class support in your language, and unlimited flexibility to get started whenever you like via a streamlined online purchase. Updating to the latest version is free of charges when the associated Elementi Update Plan is valid.

Elementi 2020, together with the latest HMP400 player from SpinetiX combine a solution designed to grow with your business and around your needs. It ensures maximum flexibility with robust Intel-based hardware, the first ever operating system designed for digital signage, and 3 modes of use: WIDGETS, KIOSK, and SYSTEMS.

With Elementi 2018, you have even more opportunities to put data-driven signage at the core of your digital communication. Media, calendars, spreadsheets, social feeds... Elementi 2018 allows you to connect even more data from your everyday tools and securely bring engaging content on display.

Elementi 2018 (Mont Blanc du Tacul) is the sixth generation of the Elementi software; its latest version, Elementi 4.4.5, was released on January 17, 2020.

Elementi 2016 ("Grandes Jorasses") is the fourth generation of the Elementi software; its major version, Elementi 4.1.0, was released on 15 Sep 2016, and two minor releases followed afterwards.

Elementi 3.0.x ("Monte Rosa") is the first generation of the Elementi software, designed to replace the previous digital signage software, called Hyper Media Director. The major version, Elementi 3.0.0, was released on 17 Apr 2013 and six other minor releases (3.0.1 - 3.0.6) followed afterwards, the last being released on 9 Jul 2014. 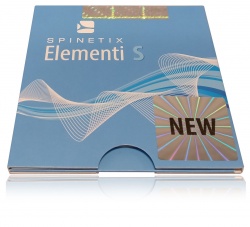 Minimum 200 MB of hard drive space for installing the application; more space will be needed later to store the content.

Graphic card with support for DirectX 9.0c or later, and resolutions above 1024x768.

Some running programs might interfere with the drag & drop functionality within Elementi GUI (for instance dragging and dropping a media into the Edit panel to add a new layer), in which case you need to use the right-click menu options and / or the top-menu buttons instead of doing drag and drop actions. Usually, closing or uninstalling the interfering program solves the problem. (Note: other softwares based on GTK library have the same problem.)

Here are some types of programs / applications, known to potentially interfere with the d&d functionality:

Elementi configuration (profile.xml), logs (log\player.log), streaming captures (capture\CAP_*), and crash dump (crash.dmp) files are stored into the 'Local Application Data' folder under your user account folder (which is hidden by default). This folder can be quickly opened from the Run utility (Windows key + R) by typing shell:Local AppData\SpinetiX\Elementi or %LOCALAPPDATA%\SpinetiX\Elementi.

In case Elementi restarts in loop when trying to validate an expired Elementi license, it may be necessary to manually remove the license from Elementi. For that, follow these steps:

Retrieved from "https://support.spinetix.com/w/index.php?title=Elementi&oldid=16207#Logs_and_config_files"
Categories:
This page was last modified on 21 April 2020, at 15:31.