This page provides information on how to best encode your video content (with or without audio) in terms of file format, video codecs, and encoding parameters, for playback on a SpinetiX device.

A video codec is software or a device that provides encoding and decoding for digital video, and which may or may not include the use of video compression and/or decompression. Several main, non-proprietary, video codecs are implemented on the player, as detailed below.

The following video codecs are implemented on the player:

The maximum resolution values below are recommended by SpinetiX based on square-pixel aspect ration for common usage.

Note:
The degree of support of the video codecs offered by each player is further detailed under "Encoding parameters" section.

This list is not exhaustive and any codec that is not written above should be considered as part of this list.

A video file format is a type of file format for storing digital video data on a computer system. Video is almost always stored using lossy compression to reduce the file size. A video file normally consists of a container with video data in a video coding format (like H.264) alongside audio data in an audio coding format (like AAC). The container can also contain synchronization information, subtitles, and metadata such as title.

The following container formats are supported for files with video:

The encoding parameters refer to all the other settings (e.g., codec profile & level, resolution, frames per second, bitrate etc.) that needs to be set correctly for the video / audio file to be decoded by the HMP. For instance, to address various applications ranging from low-quality, low-resolution surveillance cameras to high definition TV broadcasting and DVDs, many video standards group features into profiles and levels. 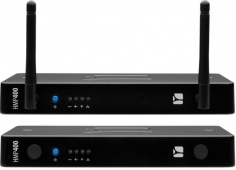 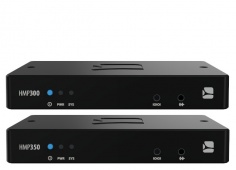 The values below are recommended by SpinetiX for optimal usage:

Video is not displayed

Normally, Elementi / HMD would prevent importing that video inside the project, that is if the project type is set correctly. Similarly, the content creation tool or Fusion (in newer firmware versions) would also prevent uploading such a video.

See above the correct format, codec, and encoding parameters to use with the video files. Alternatively, you can re-encode the video within Elementi 2015 or later.

A video that is outside the player specifications is rejected by Elementi 3.x / HMD upon import, because the HMP would display a black / green image instead of the video. The reason of rejecting that video file is also displayed; note that in Elementi, you need to click on the "Details..." button to get the full error message.

Similarly, the content creation tool or Fusion (in newer firmware versions) would also prevent uploading such a video.

Upgrade to Elementi 2015 or later, which allows re-encoding the video upon import. Alternatively, you can re-encode the video with a third-party application to make it compliant with the player specifications.

MPG files are not correctly played

Because the .mpg file extension is defined very vaguely, it is often mistakenly used as a container for MPEG2 program streams or transport streams (instead of .ts or .ps). Elementi / HMD allows importing a .mpg file, but usually the streams inside the file are not properly interpreted by the software / player, which results into audio / video sync loss or a totally wrong output.

Video is not smooth

Playing a 25 fps video on an player set to output a video signal at 60Hz may lead to a non-smooth effect on the screen; same thing applies for 30 fps video played at 50Hz.

This is due to the fact that player must compensate for 60 / 25 not being an integer value; so to output 60 images per second, the player must display each frame of the original video twice (that's 50 images), while some frames (evenly distributed) are displayed three time, to cover for the missing 10 images. This last part of the process can affect the smoothness of the video playback. A similar process is done for 30 fps video played at 50Hz and for 24 fps videos.

Re-encoding the media, either within Elementi 2015 (or later) or with another application (like FFMpeg) should fix the image freeze or the audio lost. Alternatively, the spx:maxDemuxingBufferSize attribute could be increased.