This page is related to Content creation tool present on DiVA, HMP350, and HMP300 devices.

A Playout represents a full-screen composition made of a background layer with one or more app zones on top of it. The content creation tool comes with several horizontal and vertical Playouts templates already included - these can be freely used with or without user content and can be customized by adding, removing, or repositioning the app zones around.

To get to the Playout page, either create a new Playout or modify an existing one - once here, you can edit the Playout structure. 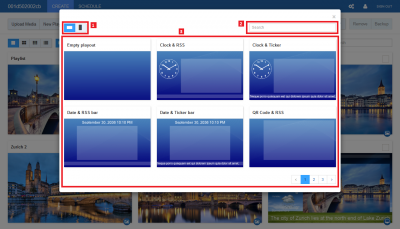 To create a new Playout, click on the "New Playout" button in the Create page.

This will open the new Playout selection pop-up with the following elements: 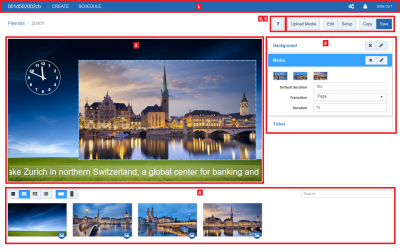 The user can reach this page either after creating a new Playout or by clicking on an existing Playout in the Create page.

The page is composed of the following elements: 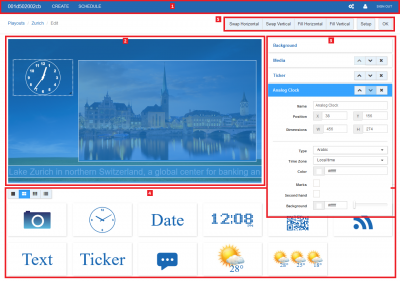 This page let the user customize the Playout by rearranging the combination of Apps.

The page is composed of the following elements: